1.    How old were you when you went on your first flight? Where did you go?

I first travelled by plane in my first year at work from HCM C back to my hometown. It was an unforgettable feeling when a speed lover like me could sit back and felt the jetliner (máy bay phản lực lớn chở khách) rocketing forward for the first time in life. It was fantastic and pleasing for me.

I do only for great distance that take more than 8 hours to reach the destinations. Other than that, travelling my plane is sometimes a nuisance (/ˈnjuːsns/ sự phiền toái) for me especially when it adds so many transits (quá cảnh) into my journey.

3.    What was the longest flight you have ever taken?

It was the flight to Australia that lasted 8 hours or so, but it was acceptable for me because I even had a meal on board before reaching the destination. So I can say that the flight was even better than a bus trip back to my hometown from HCM City.

I always prefer the aisle seat (ghế gần lối đi) because I can have more leg room (chỗ để chân) and also more convenient access to the restroom.

5.    What are three things you’re supposed to do before the flight takes off?

I guess they are turning off the phone so that it won’t interfere with the communication between the air-traffic control (trạm điều khiển không lưu) and the pilot, listening to safety instruction of the flight attendants, and fasten the seatbelts (thắt dây an toàn) for take-off.

6.    What do you like to do during the flight? Does the plane provide anything to do to pass the time?

I would like to read something on my phone and sleep only. Socializing with other passengers is not my priority unless it is a very interesting person sitting right next to me. The plane also provides LCD screens in front of the passengers, but the free stuff are repetitive and limited. People need to pay by credit card to enjoy movies on board. Also, in every flight, there is a travel magazine. It is the magazine called Heritage on Vietnam Airline’s flights. Passengers can read it to pass the time. (giết thời gian)

7.    What are some movies you remember seeing on the plane?

I haven’t seen any movies on the plane, but I saw a collection of around a dozen or so movies in some 3 to 4 types like action, romantic love story, and sci-fi. I just played around to check the folders I accessed on the screen, and then turned it off.

8.    What do you do  when you experience turbulence?

I guess I just stay calm, buckled-up, (thắt dây an toàn) listen to the instruction from the flight crew, (phi đội) getting the air mask (mặt nạ khí) for breathing if it is dropped from the bottom of the overhead compartment, (hộc hành lý trên đầu) and pray for my life.

9.    Have you ever met anyone or established any relationships during a flight?

No way, I am not that sociable to strike up a friendship (kết bạn) that fast. Talking is OK for me but getting numbers or adding Facebook is too much I can do in my first encounter (lần gặp đầu) with a stranger.

10. What should be done with obese people who practically take up two seats?

They should simply be charged for two seats because it is what they take.

11. Can you sleep during the flight?

Yes, of course. Playing with the phone or watching stuff on the TV tires my eyes out, (làm mỏi mắt) so I definitely need some shut eye (ngủ) during any trip that lasts more than 3 hours.

12. Have you ever seen a female pilot? Why do you think that most pilots are men?

Never before have I seen a female pilot. I guess the life of a pilot requires constant travelling and rotating work shift (luân phiên ca làm) that make women fail to keep balance between work and life. If they have a family, it is hard to count on (trông cậy vào) the husband to be a homemaker (nội trợ) to care for the kids. That’s why women have to stay home and do that difficult task for men to pursue a career in the aviation industry. (ngành hàng không)

13. Would you like to be a flight attendant? What are the benefits and /or drawbacks?

No, I don’t. I want to do something more creative than just routinely serve passengers day in day out. (ngày này qua ngày khác)

Breaking down the pros and cons (phân tích điểm tốt xấu) of the job further, I see that the job offers some advantages like free travel abroad for attendants on international flights. They can take some short tours in transits, some of which last for 6 hours or more. Another benefit is that they can go shopping and in America, Japan, Singapore, Hong Kong and buy things at only a third of the price in Vietnam.

As for the demerits of the job, tediousness (sự buồn chán) as I mention earlier is one major drawback. It drives you bored to death if you don’t really have a good reason to love the job. Another negative aspect of the job is the rotating work shift that sometimes requires you to go to work at 1 or 2 in the morning.

Obviously planes have to go through careful pre-departure check (kiểm tra trước khi khởi hành) for safety before every take-off. They are also put through maintenance in the hanger (nhà chứa máy bay) periodically. Those safety routines are carried out more rigorously (cẩn thận, kỹ lưỡng) in planes than in any other means of transport, and that makes the plane safer than any other vehicles. The only problem with air travel is that whenever plane crashes (tai nạn máy bay) happen, the likelihood (xác suất) of passenger’s survival is too low, and it is this fact that sends the chill down the spines (làm sợ lạnh cả sống lưng) of air-travel rejectors. (người phản đối)

15. Would you rather have a younger, more beautiful/handsome flight attendant or an older, more experienced one?

For air travel, safety is my top priority,(ưu tiên hàng đầu) so I would definitely go for a more experienced flight attendant rather than a beautiful young one.

There are both sides of travelling by plane.

As regards advantages, first, air travel is fast, and thus is suitable for long distance trips or for carrying perishable goods.(đồ mau hư hỏng) Second, it enables easy inter-continental travel without having to seek visas from every country people pass by on land.

Taking the demerits (điểm hạn chế) of air travel into consideration, first, people can easily see the most prominent drawback of it is the cost of air fares which is undoubtedly high and goes beyond the budget of many. Second, the risk of losing life in air transport is also a deterrence (rào cản) to some travelers. Third, for short distance, the high cost is not redeemed by (không được bù đắp bởi) the fast services because travelling by plane means that the passengers have to take many transits at the bus stop, the departure airport, the arrival airport, the bus stop at the destination and even the taxi rank for getting a ride back home that are located in the suburb. This travelling time is even prolonged more with delays, and even flight cancellation.

17. What questions do they ask you when you check-in at the airport?

I don’t really pay much attention to this, but normally passengers need to weigh their luggage, check in their suitcases and carry-ons (hành lý xách tay). Probably those are simply questions about the departure time, 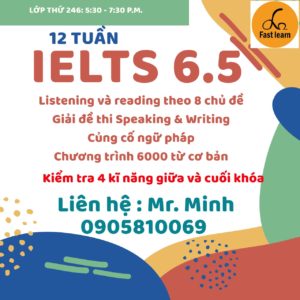 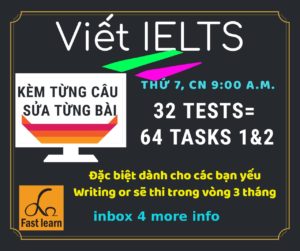